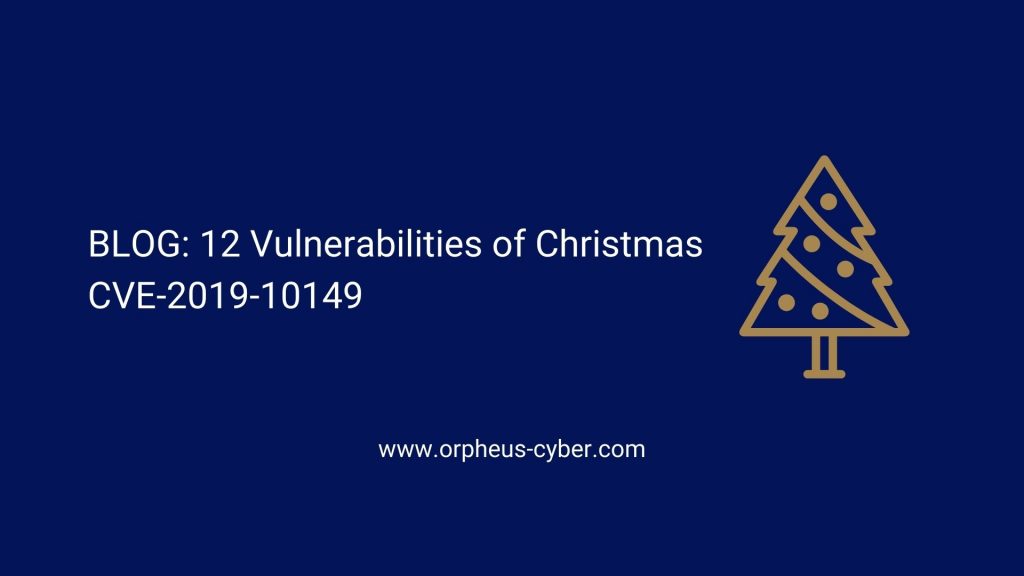 Although the latest vulnerability in our series had a CVSS of 9.8 rather than the 10.0 maximum, the ability to use it for remote code execution and its widespread exploitation by threat actors have contributed to the risk it poses.

CVE-2019-10149 is a severe vulnerability affecting Exim, a mail transfer agent (MTA) used by over half of the email servers worldwide. The vulnerability would allow attackers to achieve remote command execution (RCE) by including a malicious payload in the SMTP dialog of an email sent to the server, which executes a Shell script upon reception and adds a public SSH key to the root account, allowing the attackers to compromise the host. Attackers with root access would then be able to ingress tools and post-exploitation frameworks, create new accounts with root privileges, and move laterally.

Afterhe vulnerability was  disclosed in May 2019 by security researchers, the Exim team revealed that it had already patched it in Exim 4.92, which had been released the previous month.. [OF1] A Metasploit module was released on 23 August 2019, with PoCs being published as early as 18 June 2019. Similarly to several vulnerabilities examined in previous parts of this blog series, the earliest signs of exploitation of this vulnerability in the wild were detected as being conducted by cybercriminals for crypto-mining purposes, further indicating that opportunistic threat actors looking to make a rapid profit are usually the first to exploit such vulnerabilities.

Due to the nature of the assets being impacted, this vulnerability has been of major interest to threat actors for intelligence collection purposes. An NSA advisory on 28 May 2020 disclosed that Russian APT Sandworm had been observed exploiting the vulnerability since at least August 2019, which the agency has since outed as a GRU outfit. CISA subsequently published a report on 22 October 2020 detailing how Russian group Berserk Bear had been exploiting the vulnerability to target US government entities, higher education and aviation organisations like airports and airlines.

Due to the ease of exploit, continued exploitation in the wild and severity of the vulnerability, Orpheus has attributed CVE-2019-10149 with a maximal OVS score of 100/100. In light of the vulnerability’s OVS score and evidence of present exploitation by nation states, we strongly recommend that organisations apply the following mitigation advice: