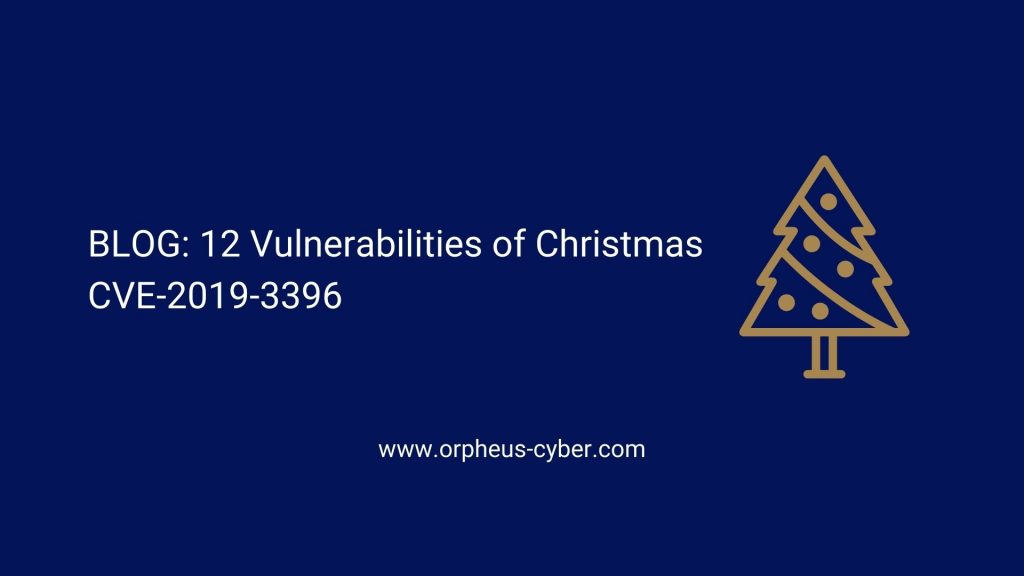 The penultimate blog in our series on the most significant vulns of the year focuses on an issue in an Atlassian product that was targeted by cryptominers and ransomware groups.

CVE-2019-3396 is a critical vulnerability affecting different versions of Atlassian Confluence Server which allows threat actors to achieve remote code execution and path traversal by exploiting a server-side template injection flaw. Atlassian Confluence is a project management tool for developers that allows teams to assign tasks, collaborate, and share knowledge during projects. In addition to containing potentially sensitive information, compromising a Confluence server may allow threat actors to move laterally to the victim organisations’ networks and devices. The vulnerability affects specific components of the software, namely the WebDAV plugin and Widget Connector module, which allow users to integrate Confluence with Microsoft Office applications.

As we have seen in multiple editions of our 12 Vulns of Christmas series, initial exploitation of CVE-2019-3396 was first carried out by cybercriminals for crypto-mining, with a first report of exploitation by cybercriminals on 7 May 2019. In this particular instance, cybercriminals were able to compromise Confluence servers and chained the exploit with two further Jenkins vulnerabilities (CVE-2019-1003001 and CVE-100300) to move laterally and drop Khugepageds, a Monero miner. A further crypto-mining campaign in June 2019 attempted to exploit the vulnerability to drop Golang-based miners from a Chinese C2 server on victims’ compromised infrastructure. Reports also surfaced in July 2019 of a Distributed Denial of Service (DDoS) bot named Godlua which leveraged the vulnerability in order to spread on compromised servers, in an attempt to build a DDoS botnet, which could be rented out for profit or used for extortion by cybercriminals.

CVE-2019-3396 also caught the eye of ransomware operators due to the potential for lateral movement when compromising a Confluence server. GandCrab’s operators exploited the vulnerability within a week of the PoC exploit’s appearance to deploy the Empire post-exploitation framework.

CVE-2019-3396 has also been leveraged for nation-state threat actors for both intelligence collection purposes and financial motives. Chinese threat actor APT41 has been observed exploiting vulnerability with several weeks of its announcement, reaffirming the increasingly rapid rate at which threat actors adapt to these disclosures. North Korean group APT41 has also exploited the vulnerability since May 2019 in its first Linux-based malware, Dacls.

In view of the speed at which threat actors have integrated the vulnerability into their TTPs and the continued exploitation of CVE-2019-3396 by a variety of cybercriminal and nation-state actors, Orpheus has calculated a maximum OVS score of 100 for it.