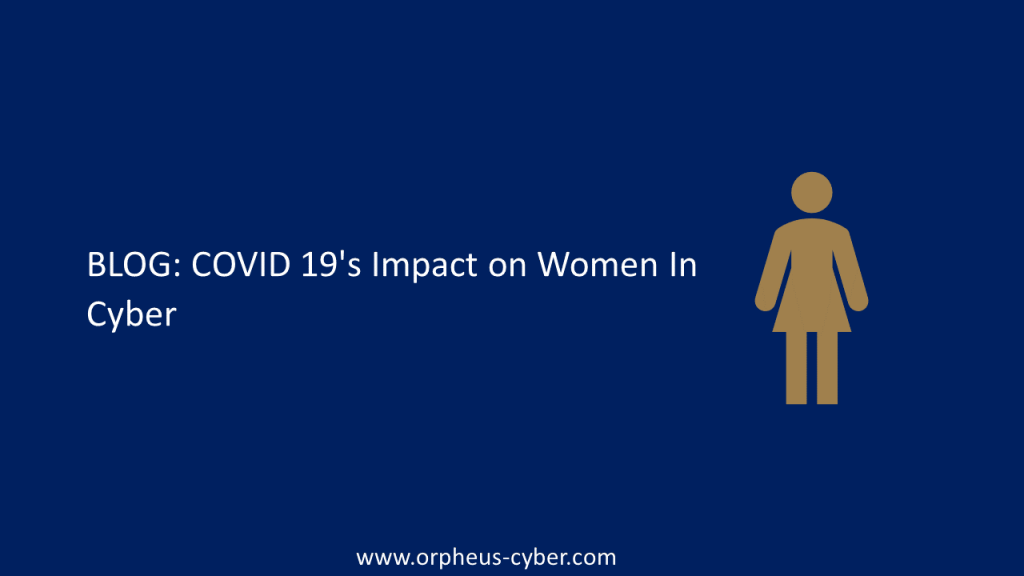 Throughout the pandemic we have read countless articles on the impact COVID-19 has had on the careers of women within the cybersecurity field. Many articles state the pandemic has been detrimental to women’s careers, but various others state it has been extremely beneficial. It poses the question, “what is the true impact?.”

US Cybersecurity professionals conducted a survey which revealed that women within tech field are 1.6x likely to be laid off or furloughed, further research found that 8% of female respondents had lost their jobs which is contrasting to the 5% of male respondents. This was consistent with results of a much larger survey of the general US population conducted by Langer Research, which found that 37% of women vs. 28% of men across industries have been laid-off due to coronavirus. TrustRadius speculates that more women have been let go because, according to the Harvard Business Review, they generally have less seniority than men.

In the UK this is almost the polar opposite, men are at a higher unemployment rate than women, January 2021 recorded 5.2% unemployed men and 4.7% unemployed women. The latest data from BCS, the Chartered Institute for IT, indicates that in contrast with other industries, the number of women employed in the UK tech sector has risen slightly over the past year.

While across the wider economy, female workers are more likely to have been furloughed or made redundant than their male counterparts and are also having a tougher time getting hired, the percentage of women in the tech sector rose to 20% last year, from 17% in 2019.

It has been reported that women in tech were 1.5x more likely to feel “burdened” by having to care for children, the vast majority of whom have been home from school for months due to coronavirus quarantine. 72% of women vs. 53% of men surveyed said they are currently struggling with childcare. Nearly 60% of the female tech workers responded that they had seen their familial responsibilities increase as a result of COVID-19. Working mothers dedicated an average of 12 additional hours per week on providing their children with schooling and/or nursing care, while caregiving in a more general sense jumped from 11 hours per week in 2019 to 18 during lockdowns.

Women tend to be more concerned about the impact of COVID-19 on people of colour.

US News reports have revealed that COVID-19 is having a damaging impact on many black communities, with higher rates of infection and death, emphasizing levels of racial and economic disparity in the US. Cybersecurity professionals survey revealed that women are 15% more likely than men to be concerned about the impact of the pandemic on people of colour. 70% of the women of colour in tech surveyed said they were concerned about this issue, compared to 51% of white women.

56% of those surveyed said they had benefited from less leisure time during the pandemic than in the previous year, compared with 31% who said they had enjoyed more. This scenario has undoubtedly taken its toll.

Cybersecurity jobs appear to have withstood throughout Covid-19, 94% of women in cybersecurity have been able to recruit new staff members to help support their team in 2020 alongside this, 89% of women working in the industry reported feeling secure in their jobs.

More awareness in schools, colleges and other educational based institutions is critical along with within businesses, can benefit in establishing a more diverse talent pool for the future through initiatives like hiring more diverse candidates at junior levels and evolving them into senior roles, and generating platforms for role models to share their stories.

Despite the mixed reports and articles on the impact of COVID-19 on women’s careers, it is worth noting that any inequality within the industry whether a large percentage or a small percentage is still significant and should be something that does not exist at all. Cybersecurity is an industry to build a thriving career, even throughout a global pandemic. The younger generation acknowledges that it is essential, it is important to show more women and girls how they can delve into the opportunities and prospects available.