Expectedly, threat actors will stop at nothing to infiltrate all avenues. The latest alert derives from the rise of fake text messages claiming to be from the Government, inviting people to apply for the £400 energy bill support. The £400 energy bill support is regarding an announcement from the UK Government. The government has stated that households in Great Britain will still get the planned £400 discount on their electricity bills. This is part of a package of support to help people deal with rising energy costs. The grant is known as the Energy Bills Support Scheme and it will not need to be repaid.

Threat actors and other nefarious characters have hurried to take advantage of this support put in intended to ease the burden of soaring gas and electricity prices by sending out smishing texts. Scammers are exploiting the scheme with a flood of messages urging people to “apply”, with links directing them to a phoney website, masquerading as the Department for Business, Energy and Industrial Strategy, where they are urged to hand over their details and bank information. 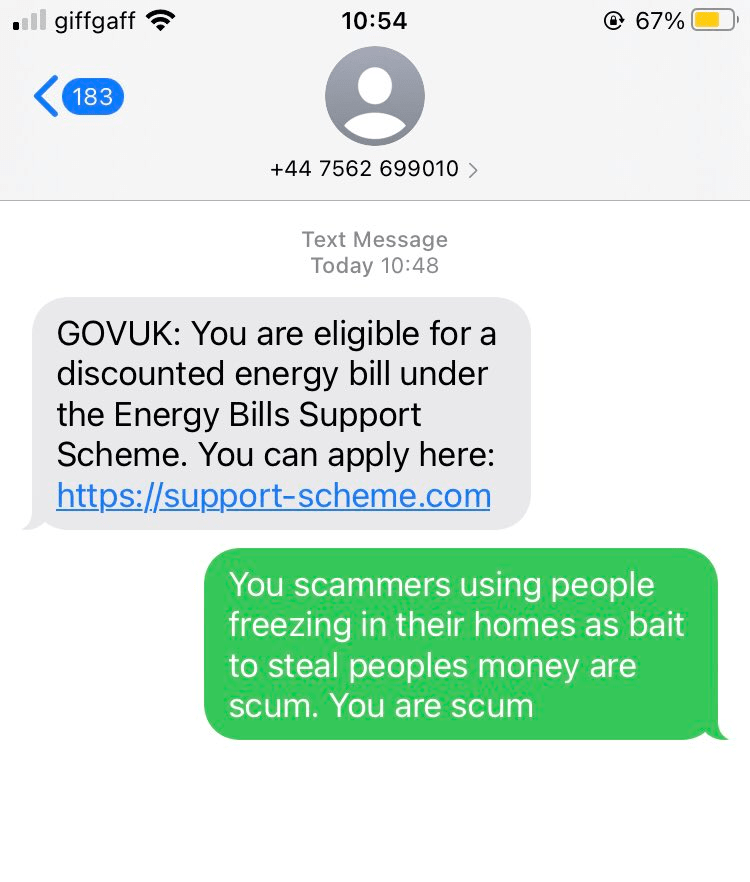 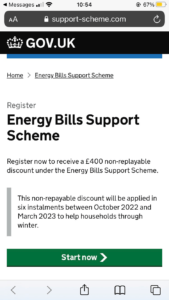 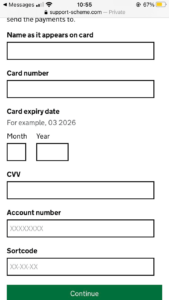 The counterfeit website bares a striking resemblance to the legitimate gov.UK website, especially upon first glance and for those not equipped in spotting fake websites it may be easy to fall susceptible. 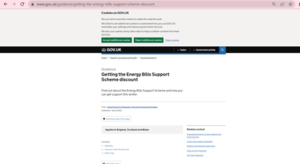 Generally, these types of messages originate from a computer and are sent to your devices (phones) through the instant messaging account. This year it was reported there were 376,032,773 spam texts sent per day in April 2022, this number will have significantly increased.

For most consumers, the £400 support will be automatically applied monthly in six instalments between October 2022 and March 2023, with those who pay via direct debit seeing it deducted directly from their energy payments. Action Fraud said earlier this month that it had already received 139 reports about scam text messages relating to the scheme, stressing: “You DO NOT need to apply for the scheme, or provide any bank details.”

Consumers are being urged to report any suspected scams by forwarding text messages to 7726. No household should be asked for bank details at any point.

Fill out the short form below to subscribe to our newsletter so that you never miss out on our cyber intelligence insights and news.

Fill out your details below and we'll be in touch to arrange demo access for you as soon as possible.